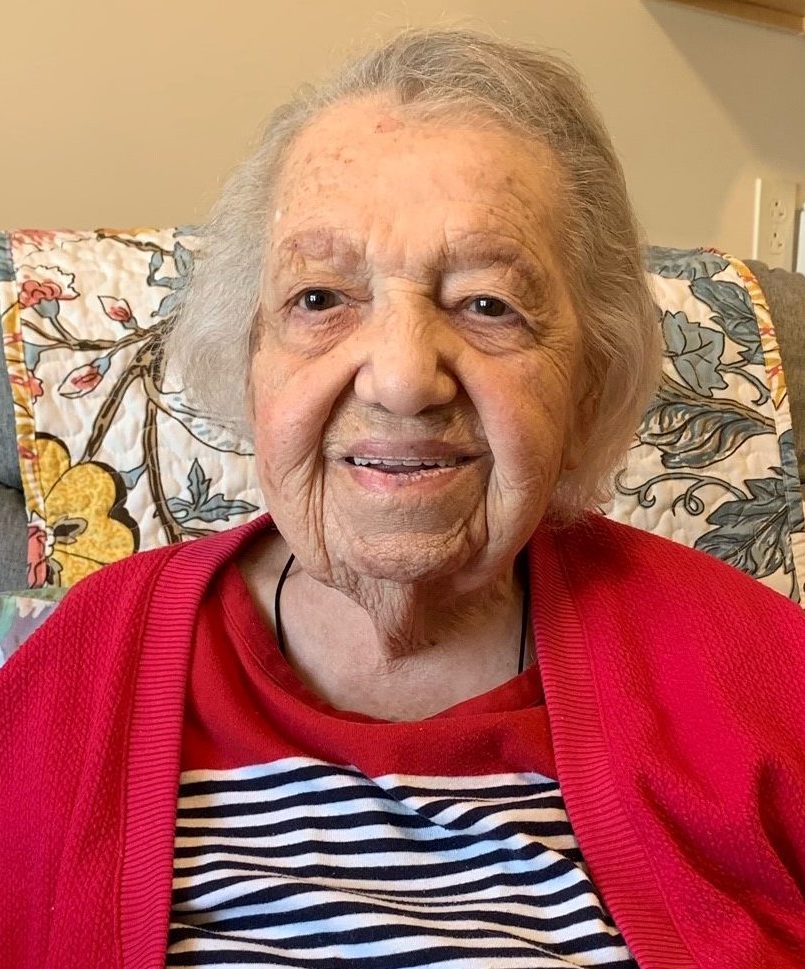 Living life to the fullest through creative outlets and strong faith roots.

Mary Engels, a resident at Ashley Woods, was born in Leicester, NY, where she was married and had five children. Throughout her life, Mary managed several businesses including a grocery store, two beauty salons, a mobile home park in Sodus, NY and acquired a real estate license. However, Mary is not only an accomplished career woman, but also excels in varied creative outlets.

She is a devout Catholic who has written many religious essays, enjoys talking about Catholicism and spreading the love of God. Mary enjoys reading, writing, painting and art in general. During her lifetime she has painted several thousand pieces- many of which are proudly displayed in her apartment. Mary believes life should be lived to the fullest and has written over 470 essays on the subject. She is a shining example of that philosophy and does not allow age to slow her down.

As she approaches her 101st birthday at the end of this month, Mary reflects on the truly important aspects of life, a strong foundation of faith, artistic creativity, family support and life experiences. The best gift she ever received was from her children on her 25th wedding anniversary – a 21-day trip to Europe. Mary cherishes this adventure and says, “I am so grateful to have gone on a trip of a lifetime.”

Mary has been tested by specialists and is considered a “super-ager” – someone who in their older age exhibits similar cognitive function to that of an average middle-aged individual. Mary is a remarkable woman who has defied her age and continued to utilize her gifts for the Lord. A unique personality who genuinely loves people and socializing, we are thankful that Mary chose ESLC as her current home.