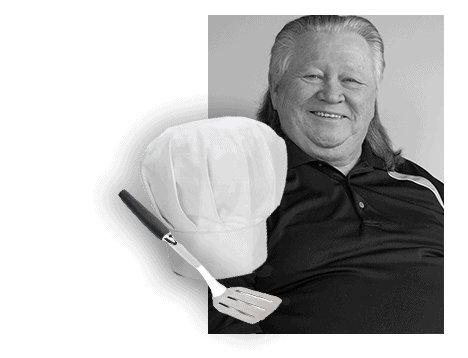 Back to Upper South Street

You won’t find Marion Francis Bloom—aka Butch (whose aunt hated the name Marion)—just sitting around his Upper South Street apartment in Geneseo, one of ESLC’s affordable senior housing communities. He’s too busy helping people, whether it’s sharing some of the dinner he just cooked, giving a fellow resident a ride to town in his Buick Lacrosse, or working in his part-time job as a senior companion three days each week. He and his girlfriend Nancy also love to spend time together.

Butch is 72, but says he doesn’t think like a “senior.” He also says that what makes him unique as a person is just being himself. “I don’t like to live in the past,” says Butch. “People have to listen and learn from each other. My greatest joy is learning about your journey of life.” Butch’s modus operandi? “Make it positive. My inspiration is people who make time for each other.”

His easy-going attitude says a lot because Butch hasn’t had an easy life. Before coming to Upper South Street in 2018, he spent five months in a veterans’ shelter after spending months living with family members while going through a difficult time. Butch served as a Navy frogman during the war with Vietnam, and spent a year at St. Auburn’s Naval Hospital. Following his discharge, he went to work for Disney in Florida, where he was a union carpenter installing drywall and framing. He also lived in Alaska, where he worked on the Alaskan Pipeline, and in Hawaii, before coming back to Rochester, where he worked as a bus dispatcher for the Webster School District.

Butch used his carpentry and tradesman skills to start his own side business doing maintenance jobs for homeowners, which also led to a job for 30 years as the maintenance man with East House in Rochester. “I built the main entrance lobby reception desk,” says Butch. “I milled it at home and put it together at East House.”

The Veterans Administration helped him land his apartment at Upper South Street, but he was already familiar with the community. His mother had an apartment here, and he visited on Sundays and took her on errands. He points to her portrait, one of many family photos on his apartment walls. “She died the day after Mother’s Day in 2010. I wrote a song in her honor called ‘A Song to Remember You By’.” Butch proceeded to sing his song from memory, in a perfectly clear tenor voice and without musical accompaniment.

After hearing him sing, it comes as no surprise that he’s heading up the karaoke contest at the Henrietta Moose Lodge, where he serves as a prelate this year. Butch has also been a member of the American Legion for the past 47 years. “I like to be involved,” he says.

His involvements include Upper South Street. Butch frequently offers rides to fellow residents when he’s headed into town and will make special trips, if requested. “Then I just ask for five dollars to cover gas.” He loves to cook but hates to freeze leftovers, so he often shares the dinner recipe he makes with a fellow resident or two, or brings his leftovers down to the building’s Community Room. When there’s a special dinner or party on the calendar, you’ll find Butch whipping up something to share or taking over grilling duties, like he did for last year’s end-of-season bash. He’s also planning to help teach a cooking class at Upper South Street.

“My favorite dish to make is jambalaya,” says Butch, who is a self-proclaimed  “adventurous and experimental” cook. “Last night I made arugula salad with flank steak, beets, tangerine and a sweet chili sauce. It was a Wegmans recipe and very good—I liked the way the flavors married.”

He and his fellow residents get together for monthly lunches sponsored by St. Michael’s Episcopal Church and birthday celebrations. Butch says that when there aren’t get-togethers, many residents tend to isolate themselves in their apartments, so he hasn’t met them all, but he emphasizes the convenience of living at Upper South Street. “I’d love a bigger kitchen, but this apartment is a great size and efficient for even two people. It has hardwood floors, carpet in the bedroom and is simple to take care of. It’s in a perfect location with everything I need in town, and I have new friends here.”

His friends are among the many people he helps. Butch says that every day he tries to make a difference for other people. And at night, he asks himself, “Did I make it count?” He says the family photos decorating his apartment walls remind him of his own life’s journey. “I’ve had a very blessed life.”